Home » SPECDRUM SUPPORT FOR THE PHILIPPINES AFTER TYPHOON HAIYAN

SPECDRUM SUPPORT FOR THE PHILIPPINES AFTER TYPHOON HAIYAN

In November 2013, Asia’s deadliest tropical cyclone this year struck The Philippines in the form of Typhoon Haiyan, causing catastrophic devastation and death. 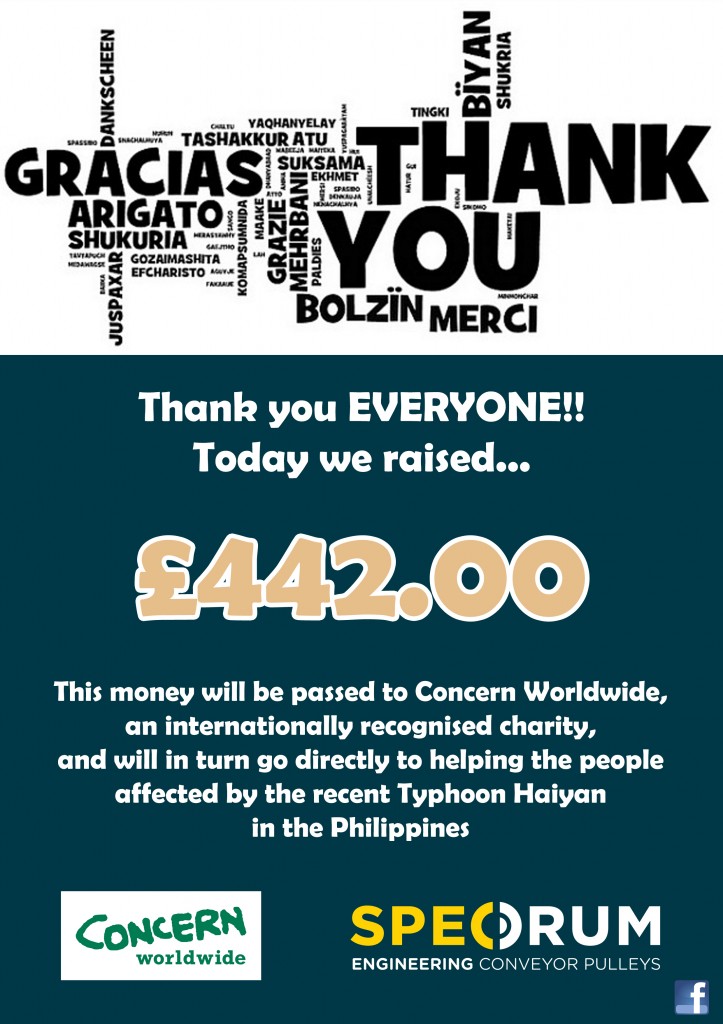 Moved by this horrible event, the employees of SpecDrum Engineering decided to once again reach deep into their pockets to raise money for those directly affected by the typhoon.

An impressive £442.00 was raised by the employees, and a massive thank you to all involved!

“This money raised will go directly to buying supplies and aid for those in much need of our assistance in the wake of Typhoon Haiyan in The Philippines. Thank you to everyone at SpecDrum Engineering for their generousity!”, Frankie McClure, Concern Worldwide.

Want to talk to a member of our team?

I would consider Specdrum Engineering the leading manufacturer of conveyor pulleys. I have been dealing with Specdrum for almost 10 years in the industry, and the service and quality has always been top class. Competitive pricing, helpful staff and on time deliveries are always key factors… Specdrum provide all of these in abundance.